skip to main | skip to sidebar

What Homebuyers Want in 2012 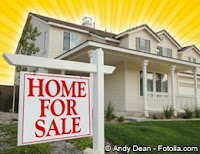 Throughout my years of practicing real estate law, I have found so interesting the changes in trends as to what sorts of properties are desirable at different times.  The following is a reprint of an article written by Michele Lerner of bankrate.com that discusses what is important to homebuyers in 2012.  Interesting how the priorities have changed over time.

Judith R. Pike
I am an attorney with over 30 years of practice in the areas of estate planning, estate administration, real estate, small business and general transactional law. As a solo practitioner, I am able to work directly in partnership with clients to achieve their objectives in a personalized, successful, and responsive manner. I value and enjoy establishing personal relationships with my clients as we work together to realize their goals. I am committed to providing prompt, attentive, individualized and high quality service.

Promote Your Page Too